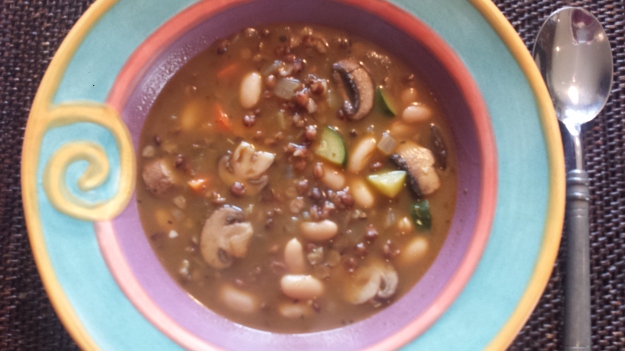 Is Barley the smarter but less popular sister? Back in Medieval times barley was widely consumed and was one of the first grains cultivated by humans. Barley beer was thought to be one of the first alcoholic drinks developed by Neolithic humans. (Yes, that long ago)  Barley later on was used as currency which makes me think it was pretty important back then. (Wikipedia)  Barley is a nutritional powerhouse.  According to the FDA, barley’s soluble fiber reduces the risk of coronary heart disease and can lower cholesterol. Barley also contains insoluble fiber, which reduces the risk of Type 2 diabetes and colon cancer. Barley is virtually fat-free, cholesterol-free and gluten free.  Who knew our ancestors were so smart?

Did you know that barley is the number 4 produced grain in the US (behind wheat, rice and corn)? It is grown in more than half of US states, so why is barley not thought of as a regular rice, potato, wheat option at our dinner table?    Where is it going?  According to the Barley Growers Association  over half of barley goes to feed animals sold for food, 44% is made into malt for beer and whisky, 3% is for seed and just 2% is food for humans.  I guess we are more likely to be drinking our barley than eating it.

I admit that I’m guilty.  I have never made anything with barley.  My son and creative chef, Eric, who knows I have a new-found quest to seek out wheat free options, suggested I make a version of his barley soup (and  I just happened to have a package of Black Barley in my pantry that I didn’t know what to do with). Now that California is finally getting our winter (read seven days in a row of much needed rain) the thought of a big pot of soup bubbling away in my kitchen sounds pretty appealing.  It warms up your house and your heart from the inside out.

Black barley is a whole grain that has been prized for generations in Ethiopia. It has a chewy texture and dark purplish black appearance. It can also take 3 or 4 hours to cook so be forwarned.  Pearl barley, which is the variety typically found in supermarkets, is processed to remove some of the outer bran layer, but unlike with processed rice which has lost most of it’s food value, barley retains significant amounts of fiber and nutrients because the fiber in barley is located throughout the entire kernel and not just in the outer layer. Pearl barley cooks in about 30 to 40 minutes. I have also heard that there is a fast cooking barley but I don’t know where you can get it.  Regardless of which kind you use, follow the cooking instructions on the package and then incorporate it into the recipe.  You can substitute any bean or legume for the cannellini beans which adds a little protein boost. I think Eric often uses lentils which sounds like a good combination.  Feel free to use beer instead of sherry for twice the barley power. Stay warm and dry… 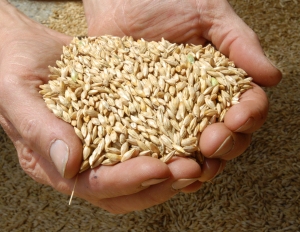