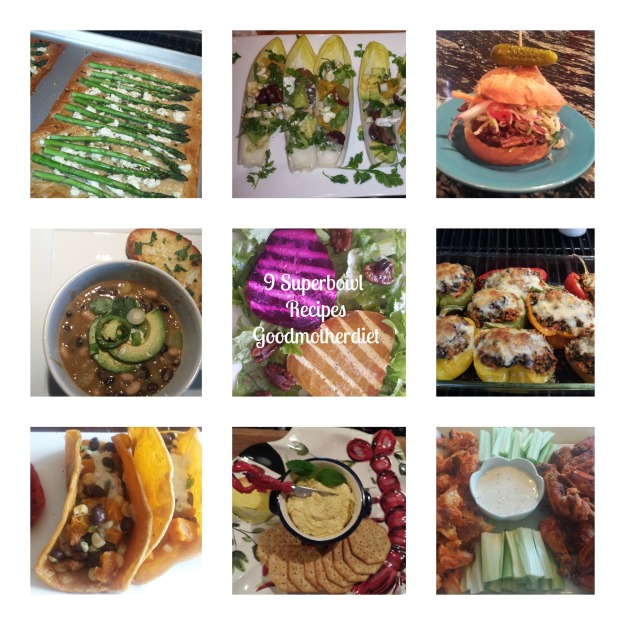 If you are still looking for Superbowl inspiration, here are a few (mostly vegetarian ) crowd pleasers that might help you plan your halftime snacks.  For some of us, especially if our team didn’t make it to the final showdown, the Superbowl is all about the food and the commercials, maybe the halftime entertainment (although it will be hard to beat the gloriously fun Kati Perry extravaganza from last year). Yes, Buffalo Sauce is in here… Click through for recipes.

https://goodmotherdiet.com/2014/01/31/buffalo-wings-two-ways/ Both Cauliflower “Wings” and Chicken Wings. ( This recipe is back from when I still ate chicken ) Now chicken is off my menu, but I would make the cauliflower ‘wings’ again. 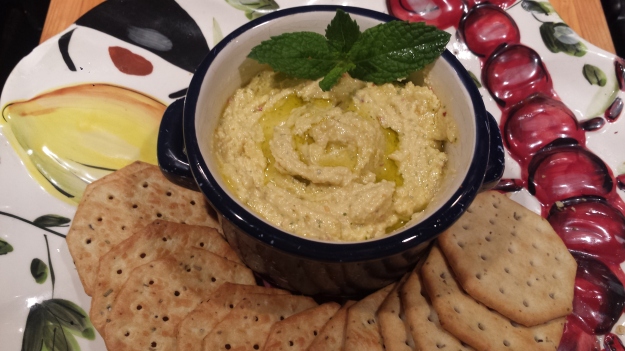 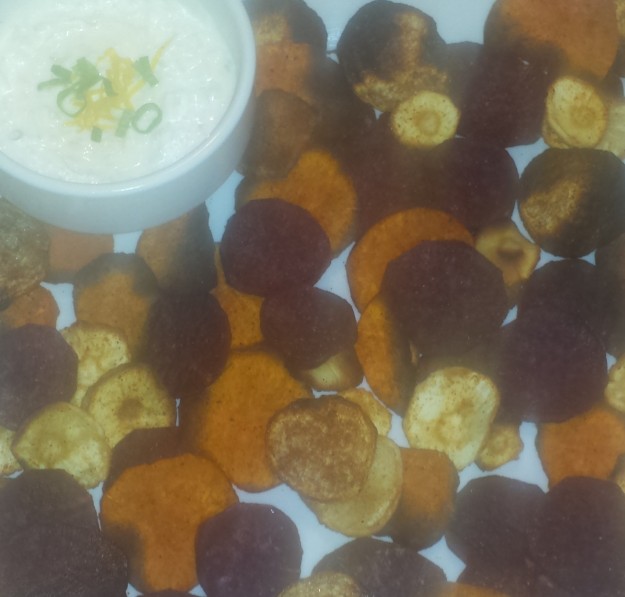 https://goodmotherdiet.com/2015/03/25/wheatless-wednesday-endive-salad-bites/ Three bite salads made with citrus, grapes, avocado and crumbly cheese.  If you can’t find endive, use any small headed green as a ‘cup’. 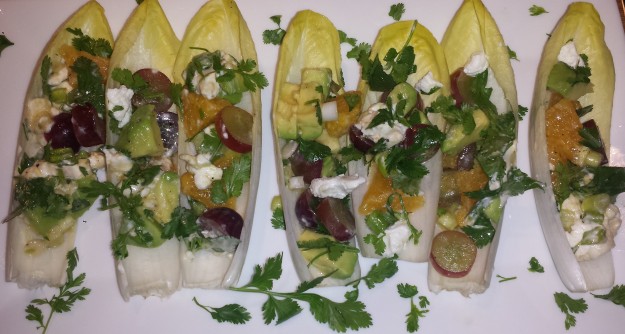 https://goodmotherdiet.com/2015/09/21/meatless-monday-barbecue-pulled-pork-sliders-with-spicy-slaw-vegan/ Delicious vegan sliders made with heart of palm.  Won my crew over!

https://goodmotherdiet.com/2014/10/27/meatless-monday-quinoa-stuffed-peppers/ This is a Vegetarian Times all time favorite. 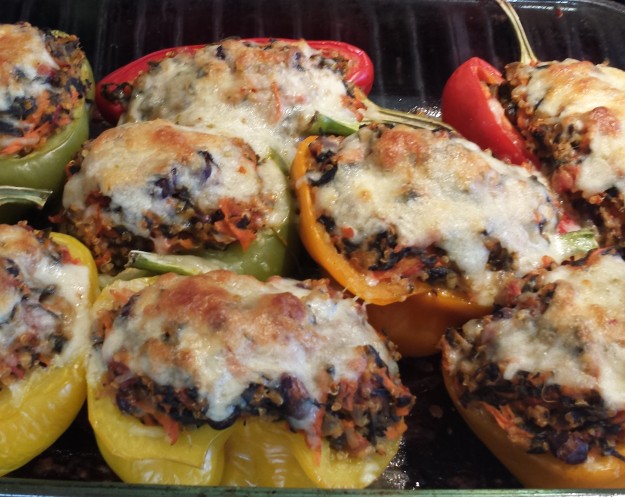 https://goodmotherdiet.com/2015/09/02/wheatless-wednesday-black-bean-corn-butternut-squash-tacos-with-chile-lime-sauce/ Make a Taco Bar with loads of toppings.

https://goodmotherdiet.com/2016/02/01/meatless-monday-black-bean-chili-con-quinoa-2/ My all time favorite!

Let’s have some Superbowl fun! So your team didn’t make it to the Superbowl, or maybe you just find football sleep inducing (and you would rather be watching the Puppy Bowl or the Ghost Hunter’s Marathon) but you’re going to a Superbowl Party anyway. Or maybe your favorite team IS playing and you want to be involved, especially if the game gets a bit, ahem, lopsided as it sometimes does. Here is a fun way to keep the game interesting and lively, compliments of Bon Appetit (February, 2015), while you’re munching on all that great party food.  Get out a piece of paper and place bets on the following (winner take all):

Bon Appetit also introduced the glorious concept of  Buffalo Wing Popcorn!  This sounds like the perfect pre-game snack for someone like me who loves buffalo wings but no longer eats wings.  I’ve always thought it’s really all about the sauce anyway.  This version is  spicy and caramely and incorporates Frank’s Red Hot Original Sauce, which made it an instant winner in my book. Well it did not disappoint. When I tried my first couple of pieces I  thought it was tasty but maybe not quite spicy enough, but after another handful I had beads of sweat on my forehead so I guess I underestimated the heat.  If you like your food nuclear, add more cayenne.  Otherwise, this is addicting. 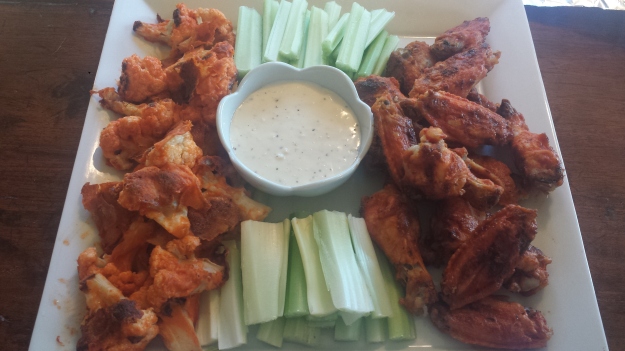 Other than the great food, creative commercials, mostly involving beer or puppies (or both) who are you going to root for?  My family and childhood friends are all fans of the Seahawks, sworn enemy of my team, the SF 49ers, and The Patriots are the chosen team for our friends at our home away from  home in Maine.  Wow!  I think I’ll have to play the Bon Appetit Superbowl game…

TIPS: Pre-measure everything as caramel can be unforgiving if you find yourself not as organized as you would like. Otherwise this is really easy. 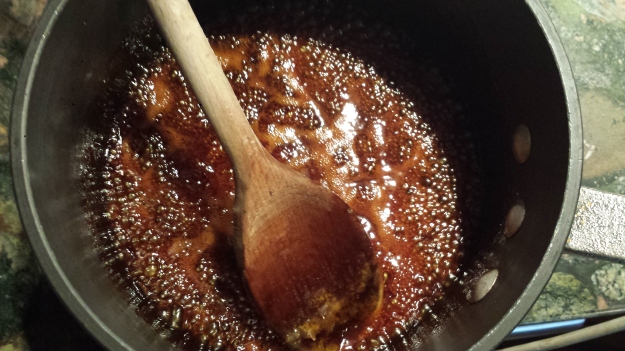 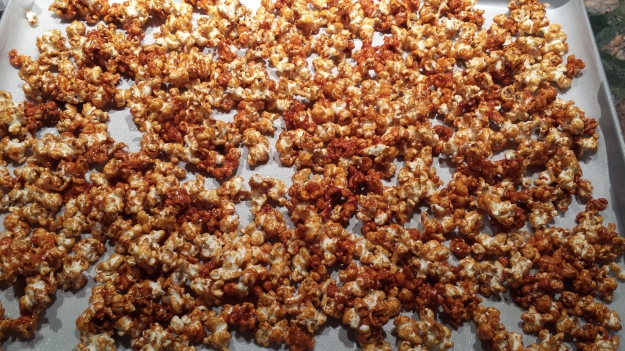