Are you a flexitarian?  I have heard the terms omnivore, herbivore, vegetarian, vegan and pescetarian.  What on earth is a flexitarian?  Well apparently it wasn’t even a word until 2012, when it was added to the Merriam-Webster Dictionary. Flexitarian = flexible + vegetarian:  a person whose diet is mostly vegetarian but sometimes includes meat, fish, or poultry.  My mom recently sent me an article from Mother Earth News,  Becoming a Flexitarian. which outlines the basic flexitarian approach – eat less meat and eating grass-fed when you do.  There are a lot of great reasons to eliminate or reduce meat in our diets, including health, the environment and humankindness.  Perhaps a Flexitarian approach is more doable for people than going vegetarian or vegan and can actually help promote local farming as a profitable business by only buying grass fed, humanely raised meat from responsible growers and not from the big factory farms.  I personally apply the same principles to purchasing eggs, milk and other animal products. 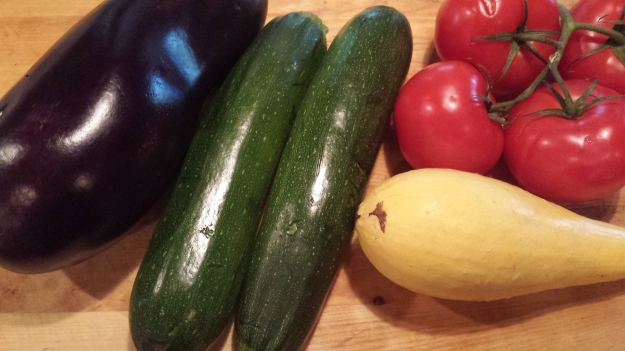 The good news is that people who don’t eat meat, i.e. vegetarians and vegans, are becoming more main stream and there has been a shift in the public perception to consider where your meat has come from for  health, safety and animal rights reasons. Vegetarianism has come a long way from the hippie culture of the 70’s as evidenced by widespread programs like the Meatless Monday Campaign which has gone global.   It’s been over a year since I’ve eaten meat (although I do eat fish and the occasional chicken that has been locally farm raised) and I don’t miss it.  It was an easy adjustment for me since I never ate huge quantities of meat anyway, except maybe for bacon.  Anyway, I feel good about my choices and now I have another moniker, Flexitarian.  Thanks Mom! 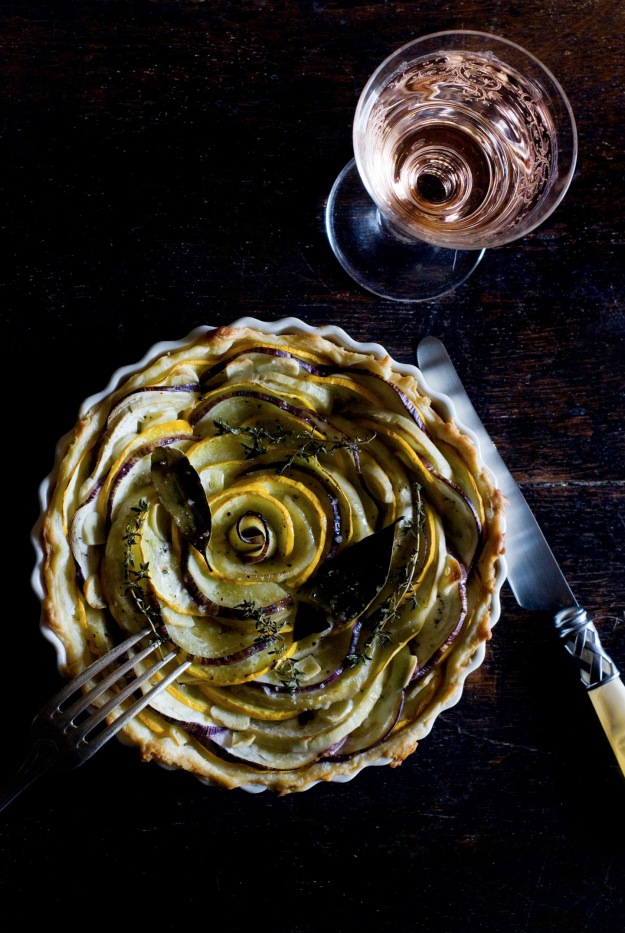 So how do you eat less meat and still have delicious, satisfying meals?  It’s pretty easy but takes a bit more thought than just throwing something on the grill, although you can do that too.  How about my Meatless Monday selection of the week, a Summer Vegetable Tart? I was inspired by an exquisite Zucchini and Aubergine Tart by Mimi Thorisson which is a complete work of art (photo above). You can click on her name to get the recipe if you are so inclined.  It’s almost too pretty to eat!  Not being a recipe follower, I didn’t actually make her recipe but just used the overall concept of making a tart in flower form. My tart is a bit more casual than Mimi’s and next time I will pack in even more veggies to make it more vertical (which my followers know I love vertical food).  My tart can be made with or without a crust and is easy to make vegan by leaving out the fresh mozzarella.  I absolutely loved this dish.  My guests loved it too, although I was surprised to see three 22 year olds going back for seconds on the vegetables rather than the meat.   I consider that quite an accomplishment.  The only problem is that there were no leftovers… 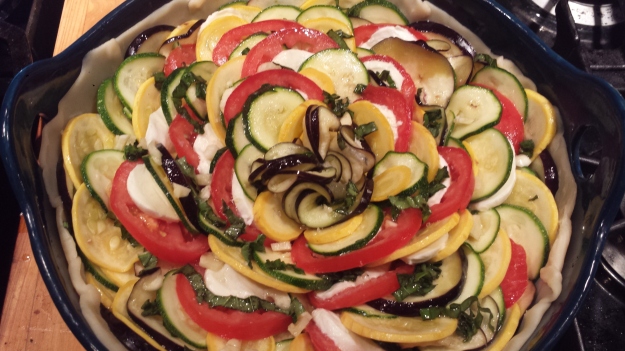